‘Being American Allowed Me To Go Back To India & Be Indian’: Bela Suresh Roongta 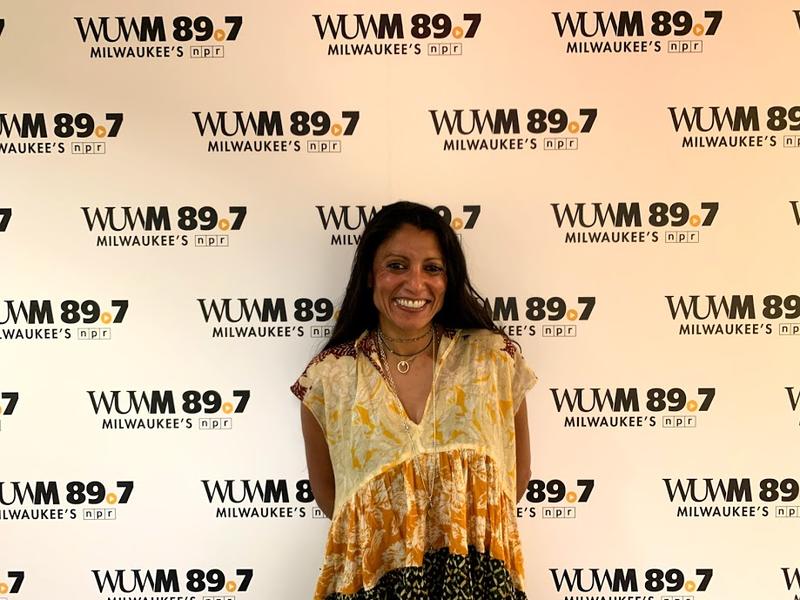 Listen to the interview

Bela Suresh Roongta is a woman of many titles. She’s a published author and a clothing designer. She’s also the Pfister Hotel’s current narrator in residence, which means she tells the stories of guests, staff and visitors of the hotel through blogs.

But Roongta’s own story is one about becoming confident in her identity to become the woman she is today.

“Looking back, I didn’t know who I was. That probably had to do with being Indian, but not being raised in India, not even being born there, but having parents who are Indian. And then moving to so many different places. And as kids, most kids, all you want to do it fit in,” she explains.

I’m An American: Exploring What It Means To Be ‘American’

Roongta is East Indian, but she was born in Dar es Salaam, Tanzania. When she was a kid, her family immigrated to the U.S., living in Ohio for a while and then Texas.

“Back when my parents immigrated, the wisdom was not to teach your children the language of their culture, it was to teach them English. And my parents really felt like that was the only way for us to succeed,” she says.

So, she grew up speaking English. But she says that deprived her of a real connection to her Indian roots.

“I was lost in terms of not really knowing who I was, but I don’t know that I knew that at the time. I think I was like any other kid struggling to figure out who I was and having my normal insecurities that kids have. But I definitely was trying to find a place for myself and trying to fit in. It wasn’t until years later that I realized that I was just trying to fit into something and somebody I wasn’t,” Roongta says.

Years later as an adult, she took a trip to India. A trip that she says helped her get a better understanding of where she came from and what it means to be Indian.

“In somehow accessing my Indian family, it allowed me to look at my life in America and realize how fortunate I was. And how being raised as a woman in America, specifically, how many more options I had — one of the most important being that I was able to make this choice to go back to India for six months,” she says.

“Being American allowed me to go back to India and be Indian. They co-existed.”
Roongta says everything she is today began on that trip. And that being American helped make that possible.

“Being American allowed me to go back to India and be Indian. They co-existed. And I think ultimately that is the gift of living in a country like America for me specifically — that ability to make the choice to bring the two cultures together and find a space that feels authentic to who I am, and also honors my history and my ancestry,” she explains.

Roongta continues to honor her Indian culture here through henna — a form of body art from ancient India — that she enjoys in her free time, and that she incorporates in her clothing line. She also does so through the “Chai at the Pfister” series where she makes the tea for guests and offers conversations over a cup, if they’re interested.

She says both remind her of the best parts of her visits to India and keep her connected to that part of her culture.

For those listening to her story, she says: “I hope that my story makes them want to ask somebody their story. And that they’re not afraid to ask questions that maybe they haven’t been taught to ask, or they don’t know how to ask … “

Roongta says when you ask those questions freely and without assumption, folks are typically more than happy to answer.

Support for Race & Ethnicity reporting is provided by the Dohmen Company.

for commissions or custom art please contact me
select your favorite work from my portfolio for a custom order limited edition print or create something new just for you!